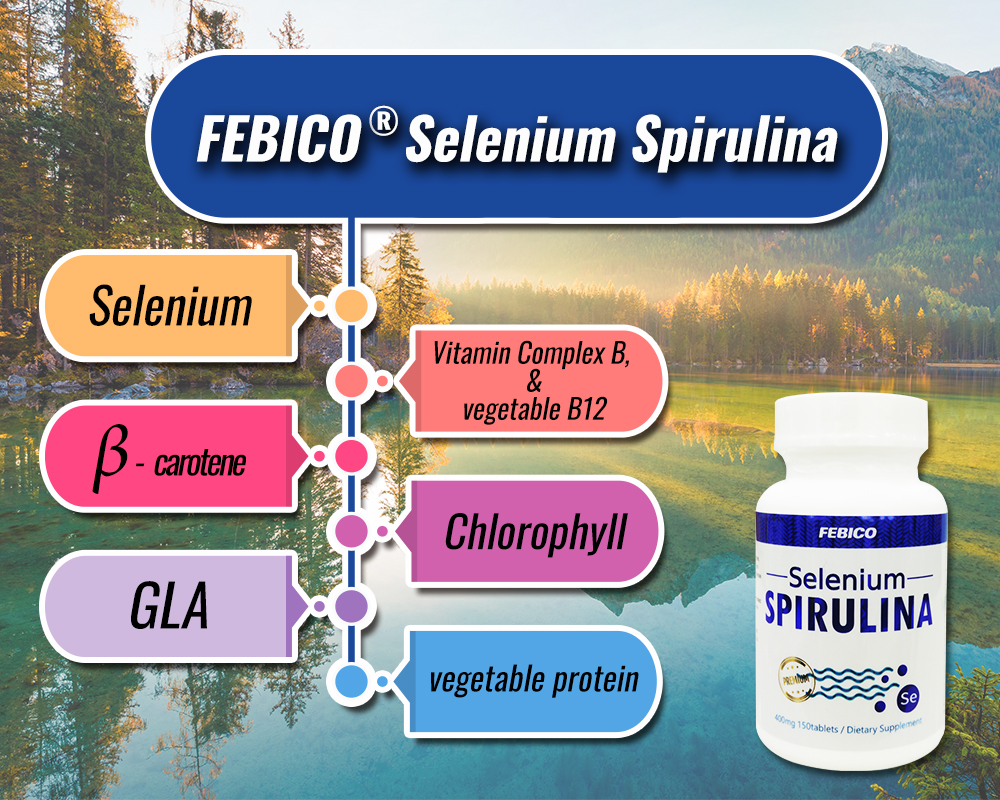 Febico Selenium Spirulina A+ is a highly nutritious blue-green algae and a rich source of vitamins, β-carotene, minerals, chlorophyll, gamma-linolenic acid(GLA) and protein.

Why we need Selenium?

Selenium is an essential mineral that it only can be obtained through the diet. As Selenium is capable of increasing antioxidant capabilities, fights Inflammation, enhances the immune system and support normal thyroid function, it is one of important minerals to our body. 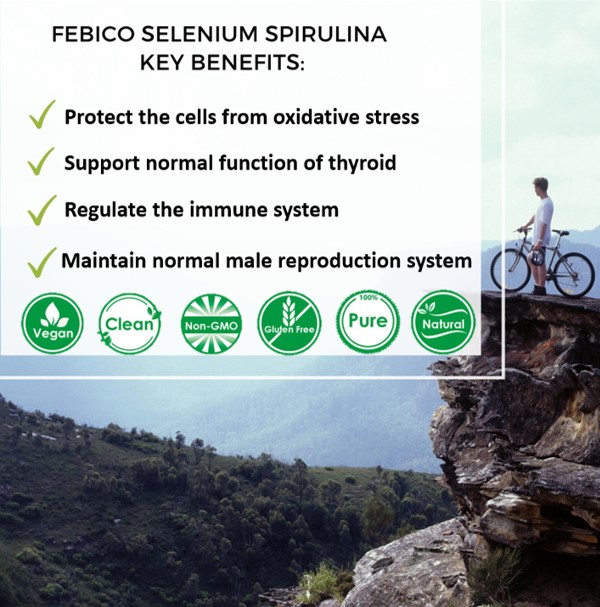 Selenium deficiency may lead to:

2.Infertility in men and women